On 20.10.16 school #29 in Vynnyky hosted korfball tournament for youth of Lviv region.

8 schools from Lviv, Vynnyky, Bartativ and Drohobych participated in the event.

We would like to thanks everyone for a good game and are looking forward to the next tournaments and new players! 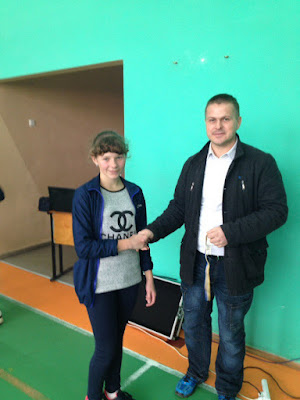 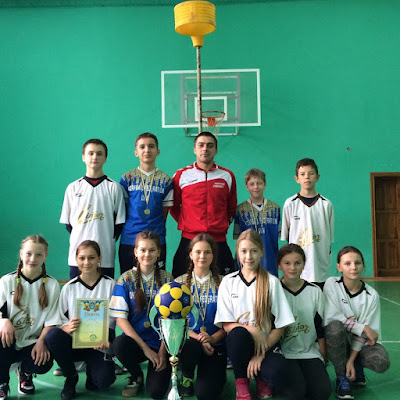 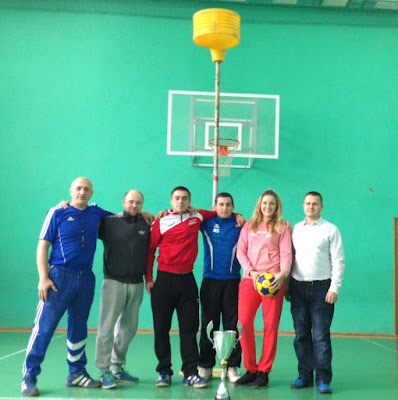 We are happy to inform that on this Saturday, 1st of October, korfball playground was opened at the rope park 'Tarzan' in Zubra Park of Sykhiv district.

We welcome everyone to visit the park and try to play our favorite game! 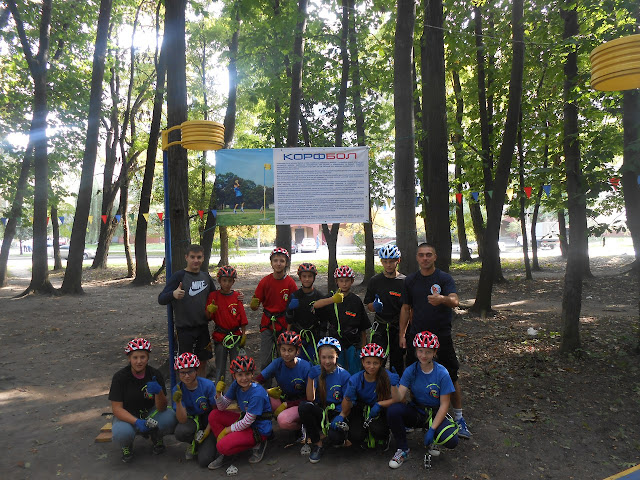 Traditionally korfball is presented during Lviv Sports Fair. This year was not an exception.
More and more people are getting interested in the game.
We are expecting to involve more schools playing korfball regularly during their PE lessons.

To see the video from the Fair follow the link, starting from 11:17:
https://www.youtube.com/watch?v=s1xIO7Gjn48&feature=youtu.be 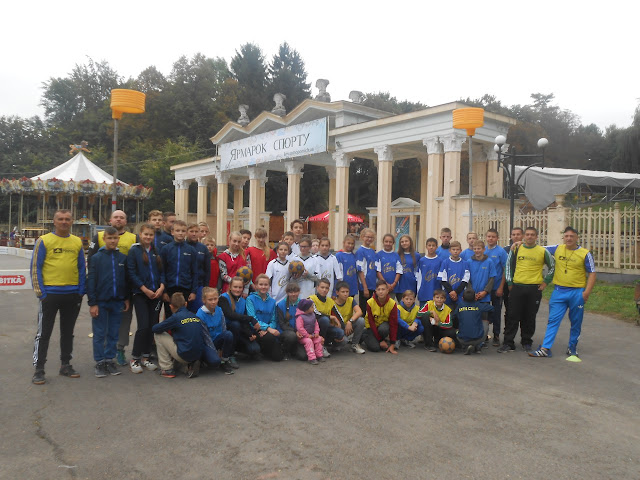 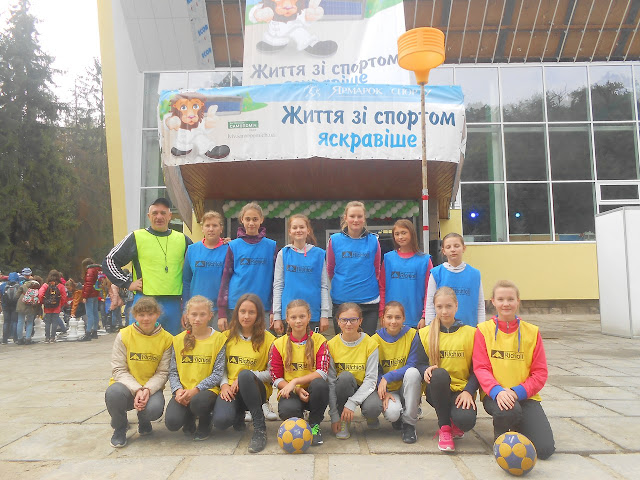 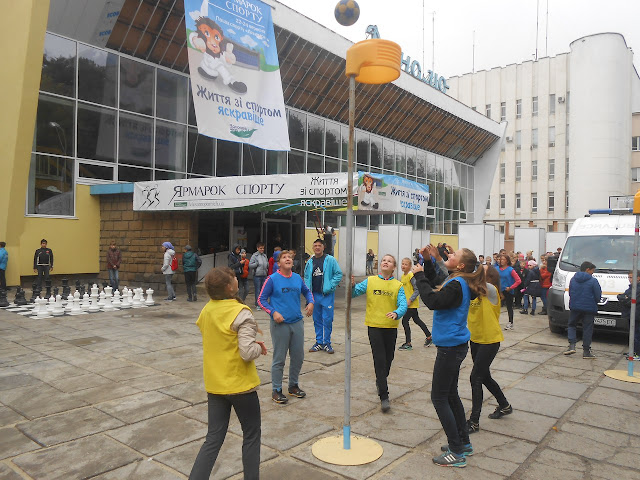 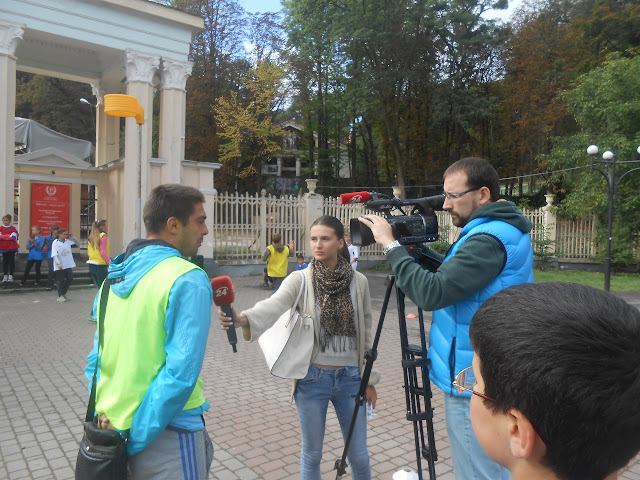 We would like to thanks rope park 'Tarzan' for organizing a great teambuilding for our korfball players!


We are looking forward to the opening of the korfball playground on the premises of the park. 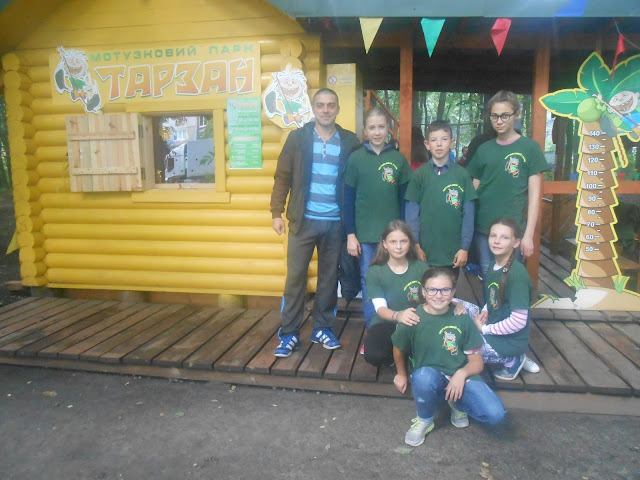 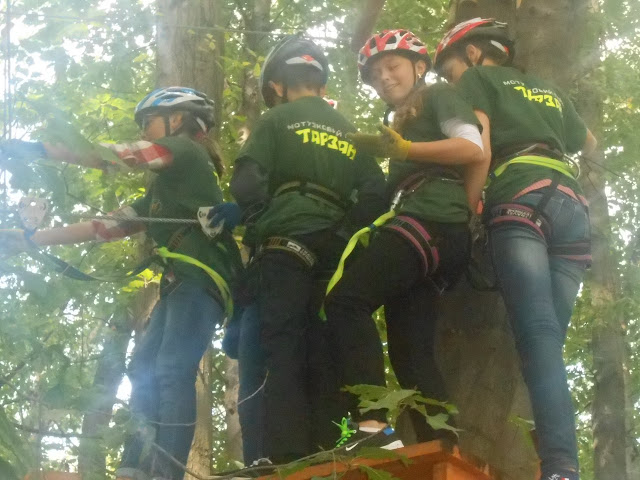 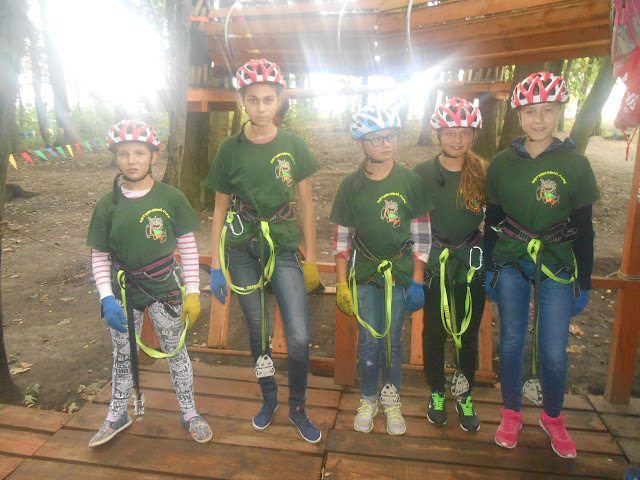 On 10th of September our ‘Young Lions’ visited the sports fair in Drohobych, during which we introduced korfball to local youth. 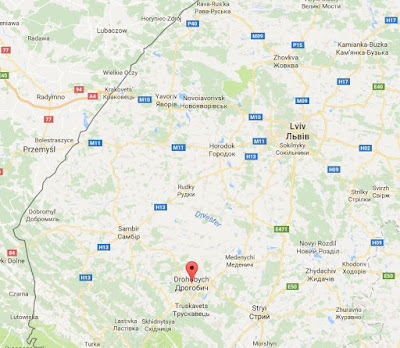 Also we presented korfball equipment to school #14 in Drohobych and are happy that we will have new korfball players there! 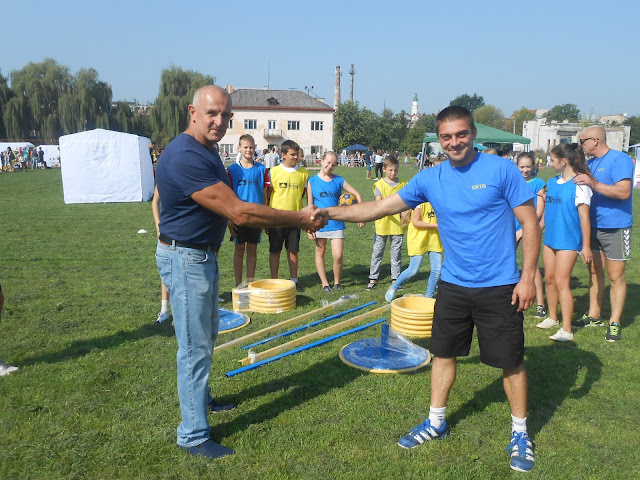 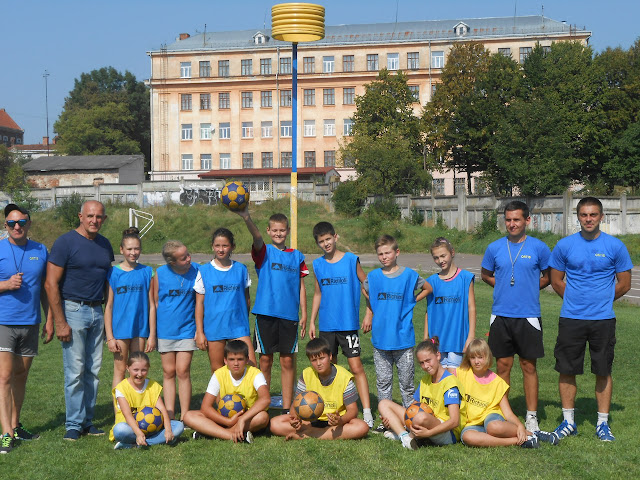 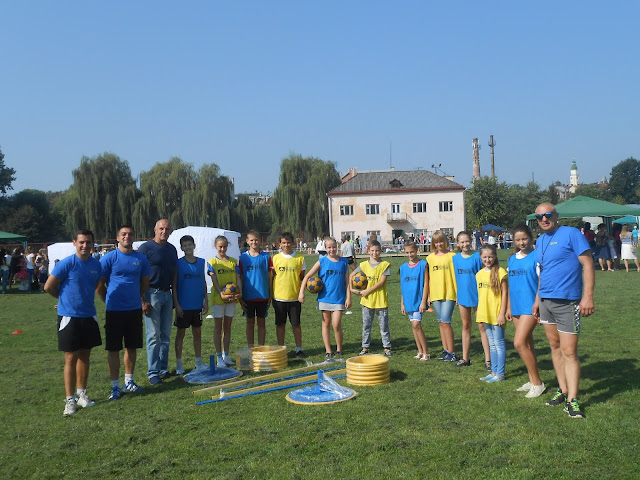 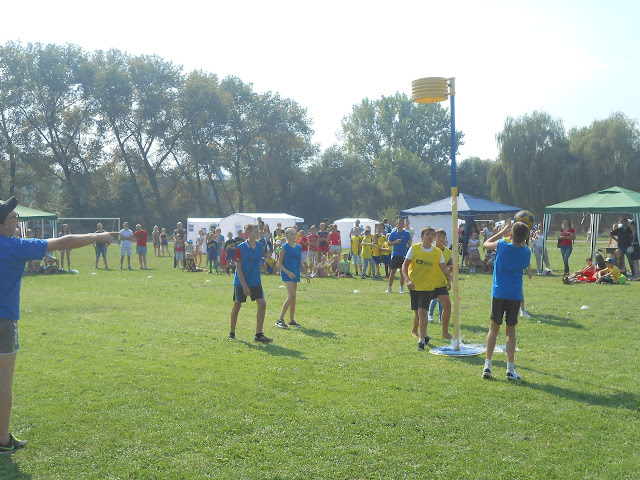 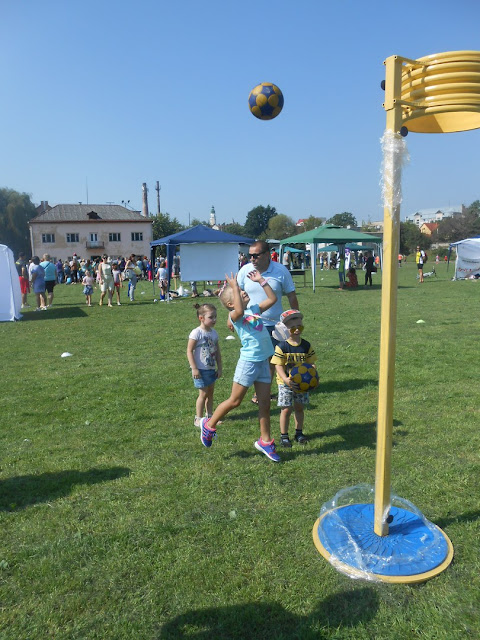 In order to develop korfball in Ukraine, we need to ensure the provision of korfball equipment around the schools.

To manage this we started to manufacture the equipment locally, including both platforms and baskets.

Soon the newly produced korfs will be distributed among the schools around Ukraine! 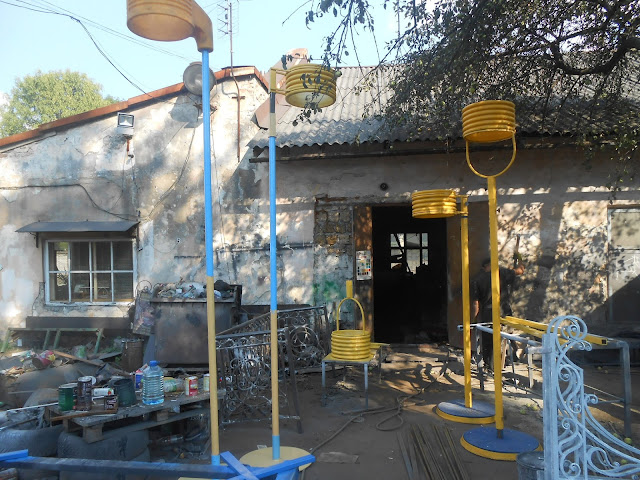 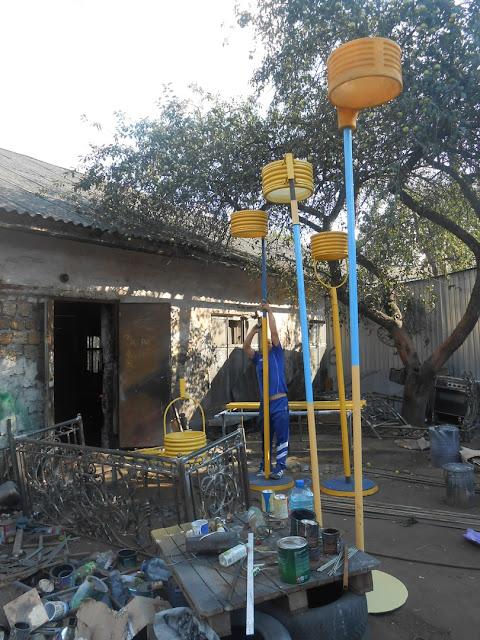 During this summer we've got lots of korfball activities to remember!
We started to play beach korfball, which was followed by water korfball tournament in June. 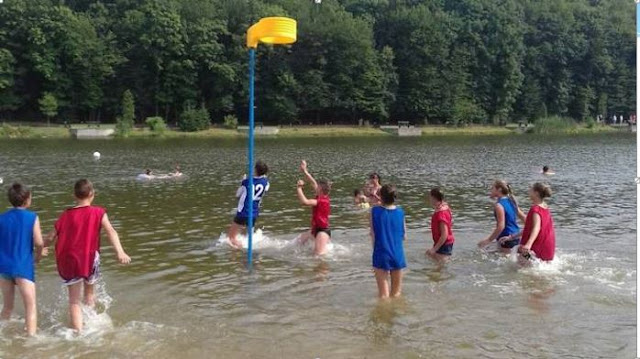 Representatives of our Federation visited U15 korfball tournament in Hungary, which took place on 12-13 of August in Dunakeszi. We would like to say big thank you to organizers of the event for the great hospitality and a great game! We are looking forward to the next tournaments, to which we will bring the team from Ukraine. 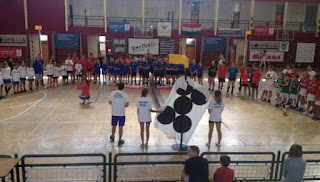 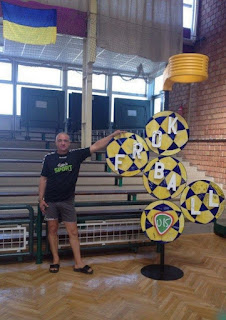 On 20th of August on the premises of Vynnyky Lake there was conducted a korfball tournament. Participants from Lviv, Bartativ and Vynnyky had an intensive training session, during which we had an opportunity to introduce the game to youth, coming from different places. At the end of the day participant played a game, which was a new word in korfball as combined features of both beach and water korfball. 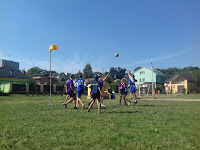 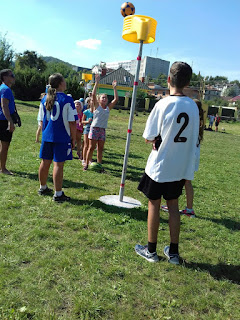 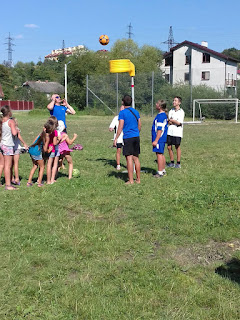 Video of the new beach-water korfball game you can find following the link. 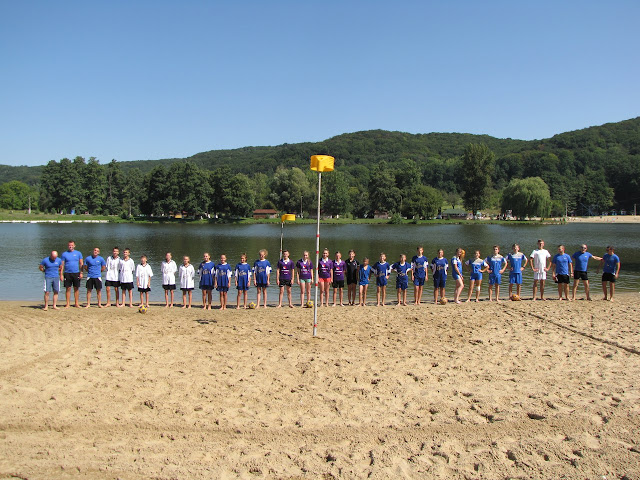 Summer is approaching it's end and we will miss these great sunny korfball games, which we had.
But this is not the end, it's only the beginning as there are still so many exiting games and korfball events to come! Let's keep practicing and playing! 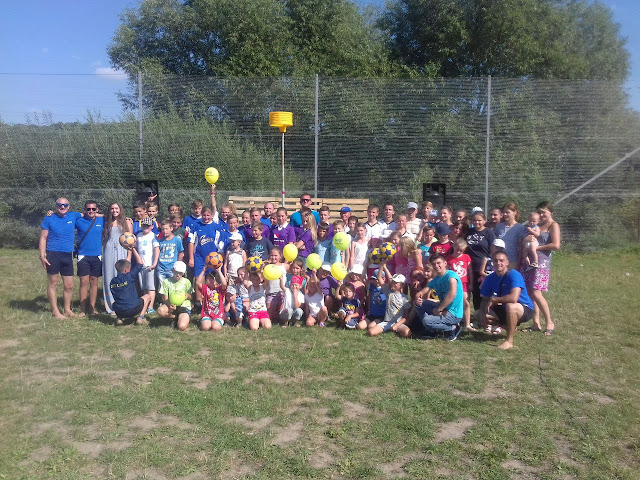